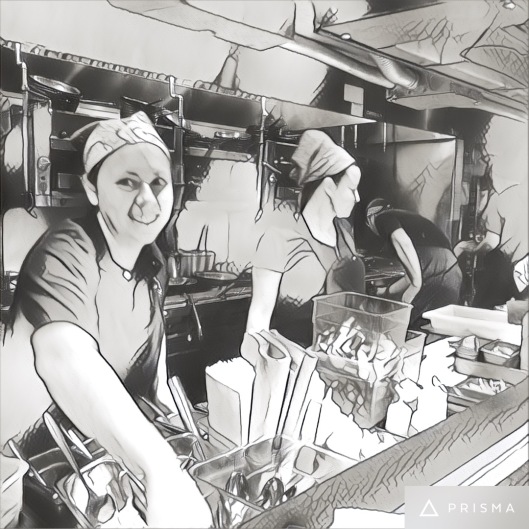 This is the second of three chef/ownership scenarios drawn from the initial article on that “OWNERSHIP THING”.

Sabrina has worked in various pastry shops throughout the Pacific Northwest and has built a strong reputation for her creativity and exemplary work ethic. Wherever she works, business improves due to the magic touch that she carries into the bakeshop. A graduate of the French Pastry School in New York, Sabrina hit the ground running and has shown passion for her craft ever since she received her degree. She has worked on the west coast for the past seven years and is now ready to go off on her own.

Through investments from family and friends, Sabrina is ready to open the doors to “Sabrina’s Scones and Crust” in the downtown Pearl District of Portland, Oregon. Just a few steps from an Anthropology Store, the Performing Art Center, numerous restaurants and office buildings, Sabrina is confident that her business will flourish.

The bakeshop is moderate in size with seating for 24 and extensive counter and display space for her baked goods. The focus will be scones, muffins, and artisan breads with the desire to stay dedicated to retail sales. She is concerned about the high cost of rent in this trendy section of town, but is optimistic that business volume will take care of the higher than normal rent. The current space will lease for $8,000 per month – triple net (meaning that she is responsible for any building repairs). She is ready to open with a staff of three other bakers, and ample counter and service staff.

Since there is a Pete’s Coffee store in the next block, Sabrina decided to stay away from espresso drinks and just offer a standard, limited selection of brewed coffee and tea as a complement to the baked goods at “Scones and Crusts”. She estimates that check averages will run between $6-7 with the current menu offered.

Excitement built over the two months prior to opening and when the big day finally arrived she was pleased to see a waiting line outside the door at 6:30 a.m. – their opening time. The quality of the products spoke for themselves and word-of-mouth advertising brought longer lines of enthusiastic customers that didn’t slow down at all over the first few months of business. An article in the Portland newspaper offered rave reviews for the scones and bread – stating that this was the best bakeshop in the Portland area. 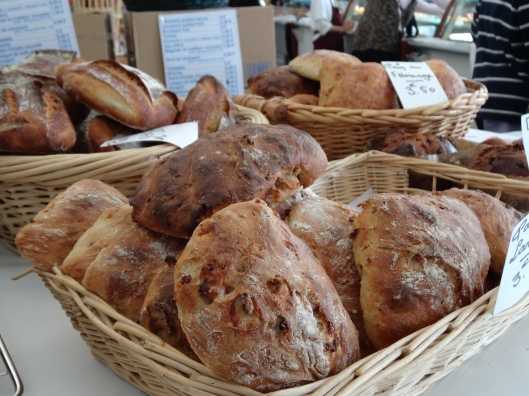 Sabrina and her crew were working around the clock and after three months she had yet to take a full day off. Sabrina was exhausted and had not had a chance to take a breath and assess just how well the business was doing. When she finally had a chance to meet with her accountant, the news was shocking. Sabrina had already tapped into her line of credit with a local bank even with the extraordinary number of customers who continued to walk through the door of “Scones and Crusts”. She took the next day off to try and determine what was going on. Back in school she remembered a business professor stating that “the top line drives the bottom line” and as she sifted through sales and expenses it became clear that the cost of operating the business far exceeded the actual sales that the bakery was generating. Her check average was too low and her fixed expenses were way too high. After three months in business her rent was screaming in at 13% of sales where it should stay under 6% for the business to remain viable. The check average was steady, and higher than she originally anticipated, but at $8.50 it was still too low to compensate for rent.

She sat down with the landlord to try and renegotiate her fixed costs, but he was unwilling to budge. Sabrina began to panic – what could she do? Trying to stay focused on product and service, while her business was failing so early on was almost impossible and her staff began to feel her stress. She had a meeting with her investors and they agreed to defer on any return on investment until the end of year one – this gave her a bit of breathing room, but the bills were still mounting up. She decided to take an aggressive step and add a wholesale segment to her operation in an effort to increase sales. Sabrina met with other restaurant owners in the Pearl District who gladly agreed to begin purchasing their breads and breakfast items from her and even contributed to an investment fund to add some needed equipment to the shop. This would allow Sabrina to step up production.

With a dozen or so additional steady clients in her portfolio, Sabrina was now in the wholesale business. Margins on these items were smaller than in retail, so the need to build volume became critical. Sabrina quickly found herself pulled away from baking and forced to focus on building a client list, delivering product, and hiring more bakers. Restaurants were very happy with the product, but noted that their orders were frequently short since the bakeshop could not keep up with demand. 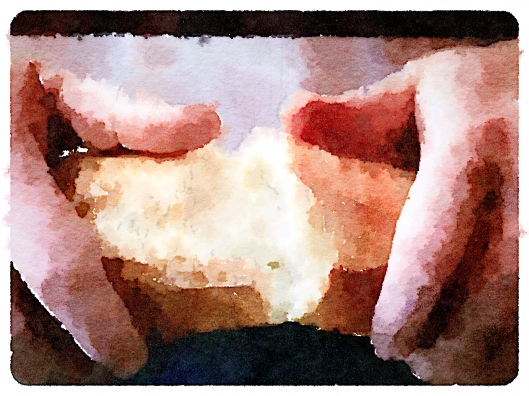 The cycle of angst grew more intense as Sabrina added a second shift of baking to meet the demands of wholesale. In the meantime, her absence from the bakeshop and the retail business were evident as quality began to slip and the lack of her pleasant personality in the operation took its toll. Sabrina began to despair.

As her first year of operation was near, Sabrina worked with her accountant to assess the current status of the business. The bakery’s line of credit was maxed out, she was two months behind in rent, and after a recent “not so stellar” article in the Portland paper stated that the bakery was not the same as it was in the early days of operation – retail business had slowed considerably.

After a depressing meeting with her family and friend investors, and a dark meeting with her accountant, Sabrina made the difficult decision to close her doors just 11 months after opening to rave reviews.   So what went wrong – what are the lessons to learn from this scenario?

LESSONS TO BE LEARNED AND RESOLUTION:

Sabrina may have been an excellent baker, but going into business is a totally different animal. Take the time to research and invest all of the time needed to know what you should sell, how much you should charge, what your sales must be to cover costs, what your breakeven point is, whether or not your physical space is right for the concept, the relationship of lease to profit, and your role in the business. It seems apparent that Sabrina did not take care of due diligence.

When the suggested limit for lease/rent to sales is at a 6% limit – then make sure that you are able to meet that goal. Fixed costs are oblivious to your sales – they must be paid whether or not you generate enough income.

Sabrina was “all in” during her first months of operation. She established a clear connection between herself, her staff, and the customers of “Scones and Crusts”. When the business demands, and wholesale operation pulled her away, then there was a noticeable void. Without filling this void, things began to go sideways.

From the beginning, when a person decides to become a business operator, then he or she must realize that their job description changes. Sabrina should have stepped back and changed her focus from the first day of operation – she could no longer afford to be the baker – she had to be the conductor of the orchestra.

Business owners must always keep their eye on the defined quality of the product – day in and day out. Any perceived slip in this area, or any realized change in the value statement will push customers away.

Finally, although not clarified in this fictitious case, Sabrina’s investors were friends and family, and although they likely understood her dilemma – business closure and a loss of their investment or potential return on that investment will strain relationships for some time to come.