This article, as has been the case a few times over the past five years, is a departure from my typical focus on the people of the food business. Each of us owns a personal portfolio of those “rights of passage”, the events, people, or times that defined who we are, how we view life, our stakes in the ground beliefs, and the driving force behind many of our most important decisions. Certainly food and food people have played an important role in my life, but even before that, before I started a wonderful family that I am immensely proud of, there was music. I never invested enough time in the process of becoming a musician, but I still consider myself a life-long ambassador of music and its incredibly significant role in building a society.

There was that first introduction to early rock n’ roll: Chubby Checker, Elvis, and the early do-wop groups – then the Beatles and the Mercy Beat groups that made music a force as important as breathing and eating. But, it wasn’t until the late sixties when I bought a record by an up and coming group from San Francisco called the Jefferson Airplane that I began to view music as essential, as my conscience, and my voice. It was Surrealistic Pillow that changed everything for me, and for millions of followers who saw the real power of music beyond a steady beat. Music could mean something, it could be as powerful as an enlightening book or poem. The Jefferson Airplane redefined not just how music was played, but the immense power that they held to unite, to open people’s eyes, to make a statement and maybe even change the course of history.

The instrumental talent of the group was way beyond those early days of rock n’ roll – in fact it might even be hard to categorize Airplane music as rock. It was an emulsion of folk, blues, rock, and something that they truly coined – psychedelic. The music was mind altering with or without the chemical assistants of the day – it was something that you could feel as well as listen to. Jack Casady and Jorma Kaukonen created a synergy that still gives me goose bumps 50 years later. Just listen to their live version of “The Other Side of This Life” from the album: “Bless It’s Pointed Little Head” to understand my statement. Spencer Dryden, a trained jazz drummer helped to define the rhythm section as much more that time keepers. Paul Kantner had the ability to weave surreal lyrics into stories of what is and what could be in the future – But it was Grace and Marty who carried the flag of the Jefferson Airplaner’s. Their melding of voice along with Paul Kantner’s could certainly be viewed as a futuristic chorus, more than just a few singers in a band. It was this chorus that brought Jefferson Airplane to the forefront of the San Francisco music revolution.

THE OTHER SIDE OF THIS LIFE:

Marty was a masterful writer of some of the all-time most influential ballads, and occasionally portrayed his bolder side to songs that brought people to their feet in unified revolution. He was a powerful writer, singer, and poet who could make anyone melt with his sincerity. Sometimes he could play support for Grace Slick, while other times the band simply had to relinquish the stage to his genius. His voice always rang true, his melodic manipulation of lyrics was mesmerizing, and his ability to stand tall among the extraordinary musicianship of his bandmates was something that very few others would even attempt.

At Monterey he woke the audience up to the marriage of folk, R and B, and psychedelia. At Woodstock he and Grace called the throngs of followers to understand that their voices could be used as a positive revolution to change the world. At Altamont, his attempt to bring about reason to an out of control situation would only end with tragedy and a wake-up call for all of us who thought that love would conquer all – but discovered that it would take more than that.

I saw the Jefferson Airplane and it’s various iterations numerous times over the years – in auditoriums, outdoor venues, and small clubs. I saw the Airplane, Starship, and Hot Tuna. I relished the opportunity to listen to how the band would interpret a new song in a different way each time and how they would continually move the bar for music discovery a bit further. I cringed a bit through a few versions of the Starship that got just a bit too Pop Commercial for my taste, but still there was Marty and Paul. Even when Grace went her separate way, there was always Paul and Marty. Hot Tuna gave me my driving force R and B fix from Jorma and Jack, but it was still always those meaningful, close your eyes and think, lyrics from the founding members that gave me chills.

Much of my political views and desire to be kind and fair came from listening to the band. At the same time when I felt the need to stand up and pound my fist on the table over something that I felt strongly about I would also dig up an Airplane song as my rallying cry. “If You Feel” from Crown of Creation, “Rejoice” from Baxter’s, and of course: “We Can Be Together” and “Volunteers” were always at the ready. 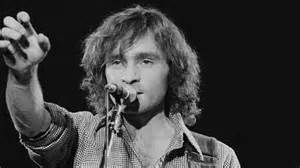 This past week Marty Balin passed away. It has taken a few days for that to sink in, just as it did not too long ago when Paul Kantner and Signe Anderson passed away on the same day. Spencer is also gone along with so many of their musical friends from those days in San Francisco. As Jorma profoundly stated just yesterday – “Now we are three” – knowing that although many things come to an end the impact that Jefferson Airplane had and continues to have will remain strong.

Marty was one of the most profoundly beautiful voices of a generation and he will be missed. I want to thank him for the impact he had on my life and the person that I am. Rest in Peace.