It seems hard to believe that it has been 18 years since that earth-shattering day in 2001. There was a moment when it seemed as if my heart had stopped – it was hard to breathe – my vision wasn’t clear – and everything appeared to move in slow motion. I was in a meeting with the college president when his assistant interrupted us to state that a plane had crashed into one of the twin towers. We took a moment and thought that it must have been a small private plane that went out of control for some reason. We returned to our meeting only to be interrupted again with notice of a second plane crash into tower number two. This was real – this was not an accident – this was a moment in time that had never been experienced on our mainland, not since the War of 1812. Not since Pearl Harbor had our country been attacked, but never on the continental United States.

That day was a blur and I, like millions of Americans, did not know what to do. We did not know the scope of the attack, who was responsible, or what was coming next. It wasn’t long before we heard of the downed plane in Pennsylvania, the crash at the Pentagon, and subsequent grounding of all air traffic. The president was somewhere in the air while the situation was being assessed by our military.

I walked around campus trying to be there for students as we set-up a communication point with televisions for students to stay tuned into what was happening. I called my wife, and children to touch base and make sure they were able to stay calm (one was in college in Albany and another in Montreal, my son was still at home). Some students had family members in New York City so they were in a panic – our job was to keep them as calm as possible until they could get through to their loved ones. Other students were already packed and on their way home. This was a moment that was beyond comprehension, something that could never happen here, something that the average American never thought of, and something that would from that day forward be part of our consciousness.

It was days later when we discovered that one of the passengers on the second plane to plunge into the twin towers was Chris Carstanjen, a former student of mine. Chris was an independent, sometimes sarcastic, usually funny, very bright, and always alive person who on 9/11 was leaving his then Boston home for a vacation trip to California. Little did he know on that fateful day that this would be his last on earth. I still occasionally wake up with thoughts of Chris and what he must have gone through as it became obvious that the plane was targeting a building in New York. As full of fear and confusion as I was on that day, I wonder how terrible it must have been for him. Why him and his fellow passengers? How was it that this attack had included him and for what purpose. I made a promise that I would pay tribute to this unsuspecting American sacrifice every year. 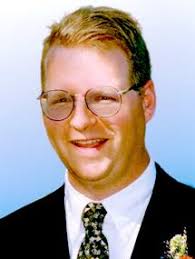 In the next few hours we were glued to our televisions as both towers came tumbling down leaving a carnage of human life, clouds of toxic dust rolling through the streets of New York, twisted steel that supported these landmark buildings, and a stunned American public wondering if this was the beginning of the end.

As is always the case – so many people rose to the occasion – rushing towards the disaster rather than away from it. Firefighters, police, volunteers, emergency rescue workers, National Guard, and even chefs and restaurateurs who wanted to help feed those who were sifting through the rubble for any sign of life – they were there, ready to help. Our president returned and in what was likely his finest moment, stood on the broken concrete and twisted steel beams with a megaphone and declared that this would not break America and that we would never stop until we found the persons responsible and bring them to justice. What was the worst disaster to hit the United States in memory became a moment of unity and resolve for us all.

I was in New York just two months after 9/11, two months during which New York worked to bring back a sense of unity and normalcy. I walked with a friend down to ground zero where particulate was still floating in the air, where there was a silence so unusual for New York – a silence reserved for sacred sites – a silence out of respect, fear, anger, and resolve. People were kind in New York – a kindness that seemed to contradict what people normally associate with a city of 10 million. They opened doors, then tried to smile, they said a quiet “excuse me” when brushing up against one another, and they nodded their heads in recognition of what we had all lost, and what we might gain.

I passed memorials of people missing, firefighters lost, buildings reduced to a pile of broken dreams. There were pictures, posters, dried flowers, hats and shoes, and fleeting memories everywhere. It was depressing, shocking, humbling, and somehow invigorating to be there. This was now a symbol of hate while also a symbol of the hope of rebuilding what we had lost. The United States would come back and demonstrate that this would not break us, but rather – bring us strength.

On that date in 2001, the U.S. lost 2,977 souls, 2,977 beautiful people with families, husbands and wives, mothers and fathers, children, brothers and sisters, and friends. There were 2,977 people who would not realize their dreams, who went to work that morning just as they did every day, with only their current challenges in mind. They were innocent people who meant no harm – they just wanted to live their lives. There were 6,000 others who were injured on that morning, and countless others who continue to suffer physically, mentally, and emotionally as a result. There were 265 of that group who were on the four planes that crashed – Chris Carstanjen was one of them. Of the nearly 3,000 killed – 412 were emergency workers who lost their lives trying to save others, who entered those buildings filled with smoke and fire with little regard for their own safety – they were doing their jobs – 343 of those lost were NYC firefighters. Tragedy beyond belief.

We went to war after that and have been engaged in those wars for 18 years. Those wars in Afghanistan, Iraq, and Pakistan have result in nearly 500,000 deaths – 15,000 of which were American military and private contractors. The war continues, the hate continues, the questions are still unanswered, and lives are altered beyond repair. A moment in time.

We should praise all those who fight for the right to be free, who recognize hate and stand up against it, who seek to find the answer that will bring us all to a point of acceptance and caring support of one another. On this humble anniversary of 9/11 we might take a moment to reflect on all that we have lost and remember those moments when we came together as a country to find those answers, to be kind and caring, to stand up for freedom, and to say to those who seem hell bent on promoting evil – “This is not us, not who we choose to be”.

We are faced with another moment in time – a time when we can choose to truly honor those who lost their lives both here in America and across the globe in battle, especially those innocent civilians who only wanted to live their lives. Let’s honor them with efforts to find solutions, find a way to set aside our differences, and live peacefully. This is the only way to truly honor those who took their last breath on 9/11. 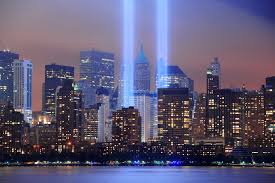 I tip my hat to the memory of Chris Carstanjen. I hope that you are at peace.

1 thought on “A MOMENT IN TIME”