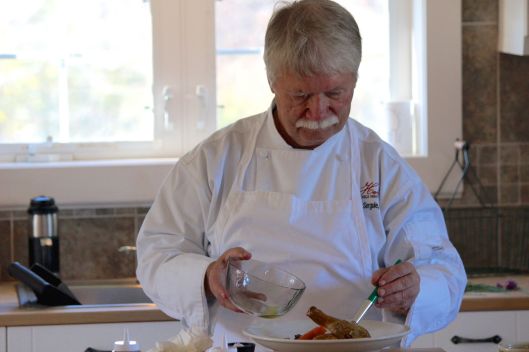 Every cook and chef has been there – it’s a Saturday night from hell. The reservations book is full with 75% of guests arriving between 7 and 8:30 p.m. – crunch time. Yes, you knew it was coming and every station was prepped to the max – mise en place was tight. Some early birds arrived at 5:30 and they trickled in for the next hour. Everyone knew what was coming and all the mental preparation that ensued was beginning to come a bit unraveled. Good line cooks are masterful technicians who are able to sort multiple tasks in their heads while executing the plating of the moment, but when the system is overloaded even the best can fall down. Then it all unfolds – the printer begins to run non-stop as order after order is spit out like the staccato white noise of the fireworks finale on the 4th of July. The chef barks out the orders in rapid succession: “ORDER: Two lamb racks mid-rare, filet rare, 2 veal chops rare – YES CHEF! Two shrimp, 1 salmon feature – no seasoning, 2 alfreado, 3 etouffee – YES CHEF! Three rib – rare, two rib mid-rare, 1 well done (crap) – YES CHEF!” The onslaught has begun and every station knows that things won’t let up for at least the next two hours. “FIRE: 2 strips – rare, 1 veal chop – mid rare, 3 short ribs, 2 chicken, 4 rib – medium, 2 etouffee, 3 duck – rare – YES CHEF!” More and more – the orders start to pile up, plating is starting to get behind, and that incredibly organized line cook is starting to crack. One steak is a bit over-done, the chicken is a bit dry, and the parsley supply is running low so a rapid coarse chop replaces that meticulously prepared fine chop in the original mise en place.   The clarified butter is a bit scorched in the pan, and the sauté station can’t remember if the shrimp was salted or not – no time to taste – plate it! The night is starting to spiral down.

When the clock turns to 9:30 everyone breathes a sigh of relief – we made it! Final tally was over 220 covers with around 150 hitting the kitchen at the 7:30 mark. The dish area is piled high, floors are a little more difficult to navigate behind the line, those details of measured flatware and stemware placement on dining room tables went out the window after the first turn, and station mise en place is anything but what one would consider – tight. But, we made it!

Similar intensity took place during the day when prep cooks were gearing up their work to accommodate the volume of finish cooking that they knew was looming that night. Even though each cook was accomplished at his or her craft, the sheer volume of prep caused them to look for any and all shortcuts that they could muster. “The short ribs – let’s skip the searing step and put them right in the oven to braise. This will save me a good 30 minutes.  The tomato concasse for the etouffee – well, I’m not going to take the time to peel the tomatoes first. A little late getting the ribs in the oven – I’ll just crank the temp up to 400 to make up for lost time. No time to scale out the weight on those filets, I can just eyeball portion sizes.” It does happen in kitchens – doesn’t it?

Each compromise is bringing the cook further away from excellence and closer to mediocrity. This decision, and it is a decision within the control of the cook, changes the intent of the restaurant to serve excellence, and tarnishes the personal brand of the cook and the entire team. “What choice do I have? When it’s busy, you have to compromise somewhere.” Does this sound familiar? I too have tried to justify this change in focus far too many times. It seems necessary in the moment, but it never feels good afterward. Will the guest notice these small variations from standards? Maybe not tonight, but if it happens today, will it happen tomorrow and the day after that. At some point the restaurant, the chef, the cook will have moved from a mental focus on excellence to acceptance of mediocrity.

Is mediocrity pervasive in American restaurants? Let me state the question in another way – how often can you reference a restaurant where excellence is the standard, no variation, no compromise – only excellence every single time with every single dish? Excellence is a choice just as is the case with mediocrity. Excellence is a discipline that cannot be turned on and off. In a kitchen one could say that excellence is the responsibility of the chef, but nothing could be further from the truth. Setting the expectation of excellence may rest on the chef’s shoulders, but execution must be a way of life for every line cook, prep cook, and dishwasher, purchasing agent, bartender, server, manager and owner. When there is a culture of excellence then those moments of potential chaos are addressed from the standpoint of never sacrificing the standard built on doing everything right.

Excellence in the kitchen need not be isolated to a few high-end, very expensive operations. The culture of excellence can exist in any restaurant from fine dining to family style, from your local diner to the hospital cafeteria. Excellence is not exclusive to those operations where customers are willing to pay for it. The attitude of “you get what you pay for” is way too old school. Excellence is, and should be, an expectation, a cost of doing business today. 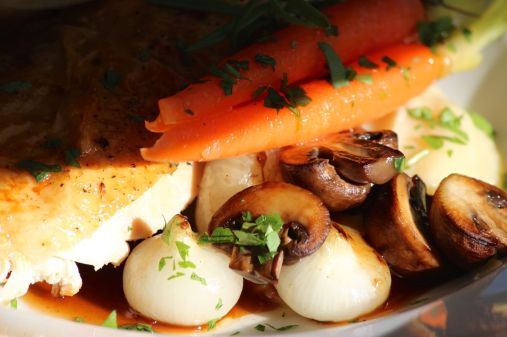 Can you remember that diner that proudly served the best piece of homemade pie to be found anywhere? How about the coffee shop that took incredible pride in buying the best beans, ensuring that the water temp for brewing was spot on, that no matter how many people were in line – the crema and steamed milk art work on espresso drinks was as perfect as if they were preparing it for only one special guest. The perfect, adequately juicy, hand formed, grilled hamburger made from a mix of brisket, short rib, and chuck – served on a fresh toasted bun with crisp, fresh lettuce and a local vine ripened tomato is an inspiration and should be the norm in each and every restaurant that carries the label of a burger joint. This is excellence cut from the same cloth as Thomas Keller or Alice Waters.

“Be a yardstick of quality. Some people aren’t used to an environment where excellence is expected.”

When excellence is the norm, when it is the standard that everyone expects, when individuals are unwilling to sacrifice that standard and know that every member of the team feels the same way – incredible things can happen. This is true in any walk of life, in any situation, but in this case so true in the food business. There is plenty of room for excellence and no more space for mediocrity.

Guests are beginning to drive change because a few, very astute, incredibly dedicated cooks, chefs, and restaurants have insisted on living by the standard of excellence – even striving for the elusive “perfection”. They have learned how important this is from other industries outside of restaurants. Operators are learning about excellence from companies like Amazon, FedEx, Apple, Google, Wegman’s, Virgin Air, and L.L. Bean. Excellence in an organization is a pervasive attitude that is transferrable to any other organization.

This attitude of excellence is evident in every detail. How the parsley is chopped, the focus on a proper sear on those short ribs before beginning a braise, removing all of the milk solids from clarified butter to reduce the risk of burning, learning to factor in carry over cooking on those grilled steaks, taking the time to taste everything that you cook to build to the right flavor profile, and taking that extra few seconds on a busy night to make sure the plate is assembled just as it was intended – these are the marks of excellence.

If you are going to achieve excellence in big things, you develop the habit in little matters. Excellence is not an exception, it is a prevailing attitude.

Excellence is your choice, so is mediocrity. Taking pride in doing things right is maybe one of the most gratifying things in life.